In the cold dead of the night, even in the scurry of a hundred street lights, an orange star shines brightly above the belt, on the Hunter’s right shoulder. A red supergiant on the verge of exploding into a supernova, Betelgeuse is a true enigma.

Betelgeuse is twenty times larger than our sun, so massive that in the sun’s place, it could very well swallow up the earth. Such a massive star should spin slowly as when size increases, the rotation rate should decrease. But that is not the case with the red giant, a 2016 study says. It’ spinning faster than it actually should. Why? The study speculates that a 100 thousand years ago, Betelgeuse may have gobbled up its companion star about the size of our sun, transferring the angular momentum of the companion star to the giant and thus securing its ultra-fast rotation. Betelgeuse may well be, a vampire star.

Stars don’t live alone. They live in clusters. They are born from the same clouds of gas and dust. They live and age together in the same cluster. Some of them share their gravitational field with a companion star, near or far away from them and they exist as binary systems. They rotate and traverse their orbit and sometimes when in a straight line with their companion, eclipse the other. It’s a beautiful relationship.

In some of these binary pairs, where one orbits the other or in a shared gravitational field where they orbit close together, there is a possibility that these two stars could merge. There is also the chance of the low mass companion star pulling off materials from the surface of the larger star, rejuvenating itself, smiling blue and younger defying age. The low mass star is dubbed a vampire star. This may have what happened a 100,000 years ago when Betelgeuse became a red star or not. For all we know now, Betelgeuse is a single star.

A soul tie fashions between two stars in a binary system and the low mass star strips off material from the surface of its companion star. The low mass star and its companion now become hotter, younger versions of themselves. One sacrifices to make the other better. Though infamously called as a vampire star and its victim, the stars tell a tale of true friendship, a tale of the oneness of two kindred souls.

In love with souls,not faces. View all posts by Jovi! 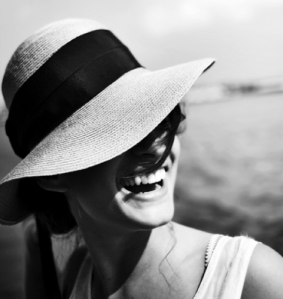 Hello there! I am Jovi, a storyteller. And this is my niche where I weave words and verses straight from my heart. Welcome to my lifestyle blog where I post about all things bookish, poetry, photography, the occasional recipe and all the things that beckon me.